Spook6 joined the server during Revision 9. She was originally known as Spooker6. In Rev 11, Spook and Kirstae founded Anonim and continued it on in rev 12. A hiatus was taken until rev 20, and at the end of rev 21, Spook was accepted as a mod. Major towns owned/co-owned by Spook are Venice and Straya

Spook started her journey during Revision 9 and her first creation was a pixel mario made out of colored wool in a snowy biome. Building alongside Kirstae, their first noob house was made and promptly abandoned until they both rejoined rev 11. 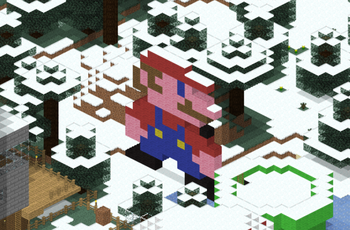 The Museum of Clucky was built in honor of Clucky, who started his life out like any other chicken but later had a very unique story. It contains a 'Clucky's Blessing' inside. 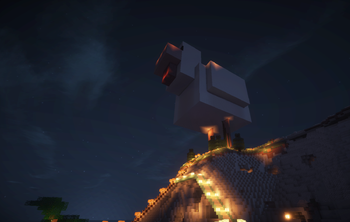 In Rev 21, Spook6 married totemo (against his will and knowledge). Barlimore carried out the ceremony and officiated the vows before totemo had time to object, making them Rev 21's lovebirds. They moved in together and honeymooned in a cabin west of Venice. Though reluctant at first, totemo's objections to marriage slowly died off as the rev ended, and some could almost say he started to enjoy it. As of Rev 22, totemo and Spook are still happily married. 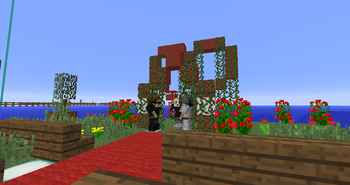 Clucky first originated in Rev 20. Originally built on a private server, Clucky was rebuilt underwater alongside Spook's build on P.Nerd.Nu, then a larger scale Clucky was built above water, in the middle of an ocean. Clucky went relatively unnoticed until the End of Rev awards, where "Chicken of the Sea" was up for nomination. Unbeknownst to everyone, Clucky's original creation was a memorial to a brave chicken who died prematurely. This paved the way for Rev 21's "Museum of Clucky", which told the story of Clucky and His selfless life. Clucky has become a hero, a saviour and a God to many on P, with statues being built of Him in various towns, and his stories have been handed down to the next generation so that his word may live on. 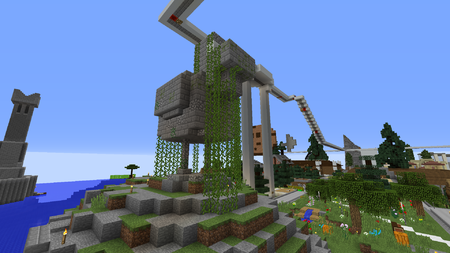