The spawn for Creative revision 13 was styled in a fashion that was similar to revision 9's spawn. It was split up into 3 separated sphere-like islands. There was no way anyone would pass any of the signs without reading them unless they for some reason think they are above the rules and don't read them.

There was a huge city built around both the original and secondary spawns that were pretty cool if I do mention so.

It is also the current photo used to represent creative on the nerd.nu site. Here's some pics! 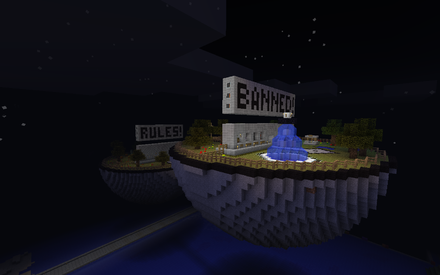 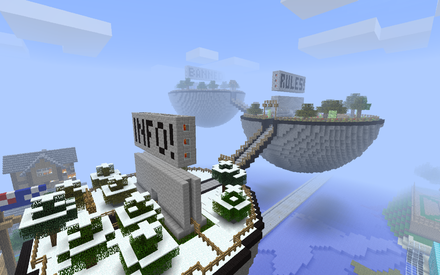 Sometime during the revision spawn was copied and pasted elsewhere on the map. This opened up the old spawn for a bit of fun for the mods and admins at the time.

They did what any smart person would do with a abandoned build; make it epic!

This was the outcome 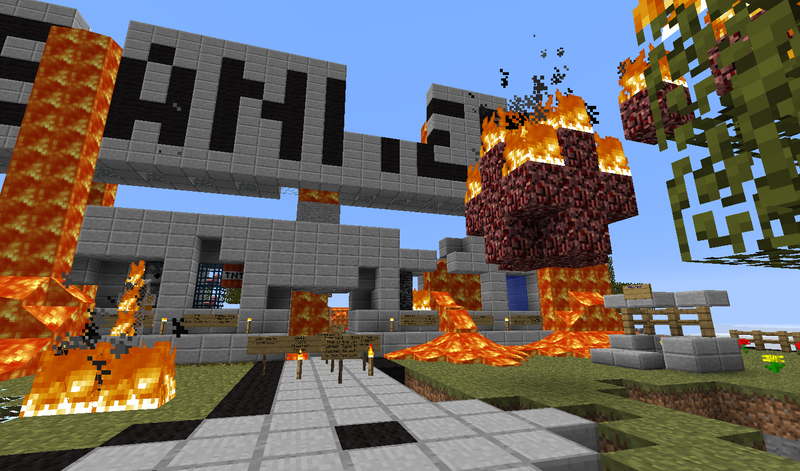