New Woodville is a town located a short walk away from the Northern Star Gate.

After the 3/13 reset the town has been resurrected once again as Woodville 3: Leaf Free or Die Hard

New Woodville is the successor of Woodville, a small town built in the Creative Temp Map during the 1.3 update. As there were no plugins active, people could create fire. Woodville was soon razed to the ground, several times.

New Woodville was first set up by SuiXi3D, Roadrunner_68 and Ooer as a remake of the original Woodville. However, quite a few people also thought it would be nice to build a home of their own away from the spawn area, and joined the town. We are still expanding, and there is plenty of room for new houses to be built.

We are proud to have a friendly group of townsfolk, who all respect each other's properties, and will lend a hand if one is needed. If you are new to the server, or ever game, we can give you the tools you need to help get you started. It's not always fun punching trees.

The fastest way to get New Woodville at the moment is by using the command, /warp north. However, this is temporary and will be changed soon.

Once you arrive at the North Star Gate, you will find North Gate Station, which is a direct line to New Woodville Town Center.

If you are feeling more adventurous, you can always take the New Woodville minecart from the Spawn Area.

As of March 3, New Woodville has a population of twenty-eight residents.

Mountain Beard Guy: After the town was estabilished, a small dirt hut was found on the top of one of the surrounding mountains. The hut is a home to a bearded hermit, possibly related to a yeti or sasquatch, who was called Mountain Beard Guy by the brave explorer. From his home he watches New Woodville and on quiet moonless nights you can sometimes hear strange howls and screams. His identity is still unknown and shrouded in mystery. 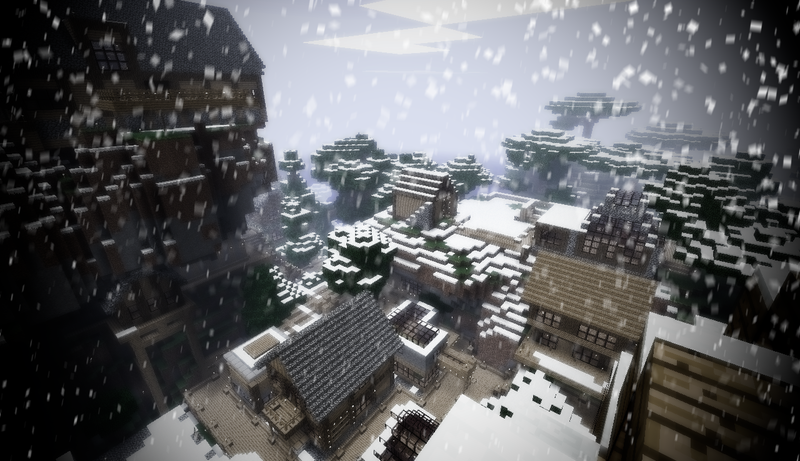 Due to global warming, New Woodville has recently suffered from a great blizzard.