The PvE Rail Authority, also known as PvE Rails is a consortium of rail builders that constructs and services rail lines on the PvE server. Though similar in nature to the Creative Transit Authority, it is less centralized. Due to this decentralization, rail lines may overlap or duplicate similar paths. PvE Rails' main objectives are to facilitate the expansion of the rail lines to populated zones across the map and to service the existing rail lines by repairing griefing and malfunction. Pve Rails accepts donations of iron to cover the cost of repairing and replacing track and boosters, as well as providing carts at spawn.

The PvE Rail Network is a major construction project, and as such, benefits from the application of the best engineering practices. This wiki will be used to capture the requirements for the network and to record component designs and operational procedures so that they can be improved upon over time and re-created whenever the PvE map is reset.

For convenience, the design of the rail network is divided into the following subsystem designs:

A number of observations about current and past rail systems have shaped the requirements for the PvE Rail Network:

The following requirements have been identified for the overall topology of the PvE Rail Network: 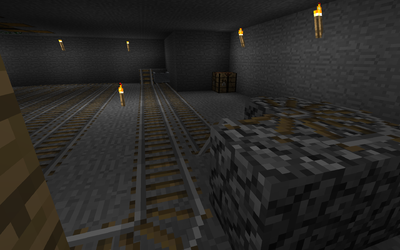 A test track was set up on the PvE server to measure the performance of stacked booster designs. The findings were as follows:

Ideas for Next Map 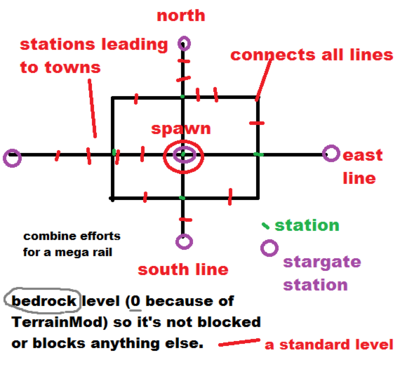