The tenth revision had a glorious castle as its Spawn building. Players first spawned inside a small cell, surrounded by stone brick walls, that displayed information about the revision's map info and general information about the server, as well as advertisement to the other nerd.nu servers (Survival and Creative). From there players would follow along a corridor that featured a list of rules and commands, that would lead to the main hub, with subsequent rooms for the tutorials, the FAQ, the Spawn Nether Portal, Rail Station, a Trading Post, kitchen, library, dining room, the Thrawn21 Room, Map Room, the Adventure Lounge, and many other secrets. 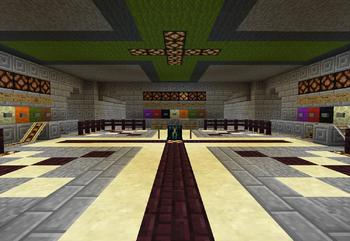 Behind the castle, an enormous labyrinth was built. Those that managed to escape from it without dying would arrive at a humble garden with a very beautiful and cozy gazebo. 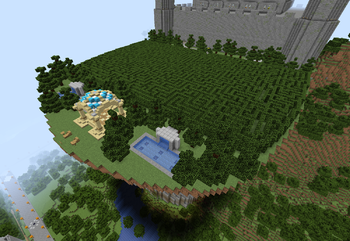