Bigtown is an area on the Creative server that began on Revision 11, and has persisted in various forms since that time. While it began as an area to support any form of "large build", it is mostly known for statues of player skins and other kinds of 3D creations.

Bigtown began as a humorous block gallery creation called "The Pumpkin Army", in which pumpkin heads and redstone torch arms were placed onto various interchanging blocks, representing all of the blocks types in Minecraft at the time. Once complete (as yet another joke) a large statue of a Zombie was built across the road, appearing to oppose the army. From this, a few other statues were built nearby, and BigTown evolved into what it is today. 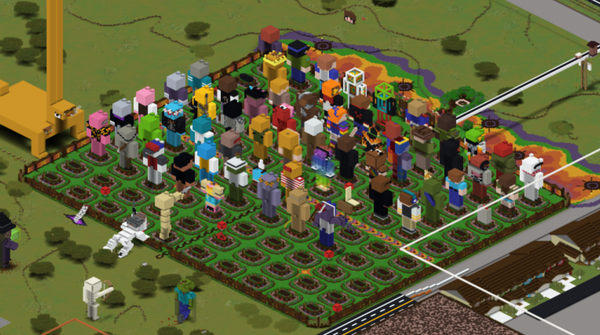 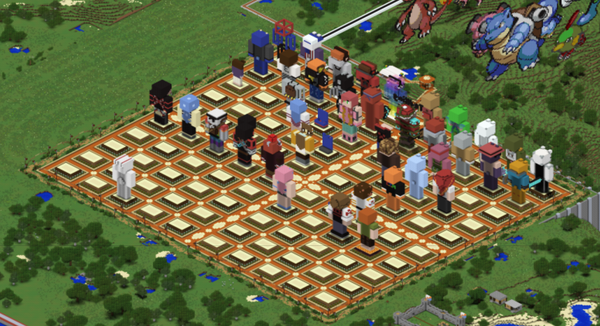 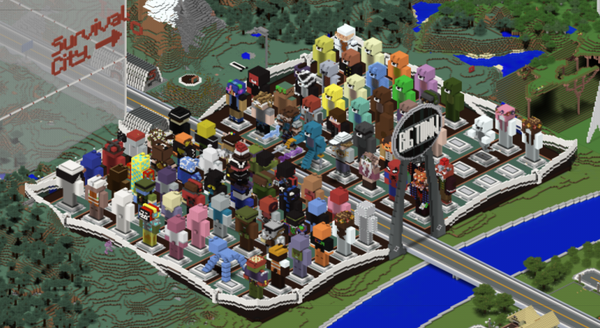 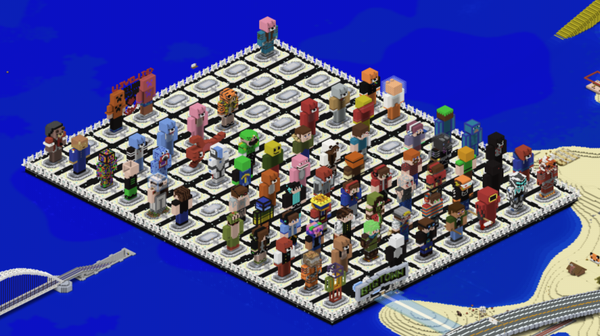 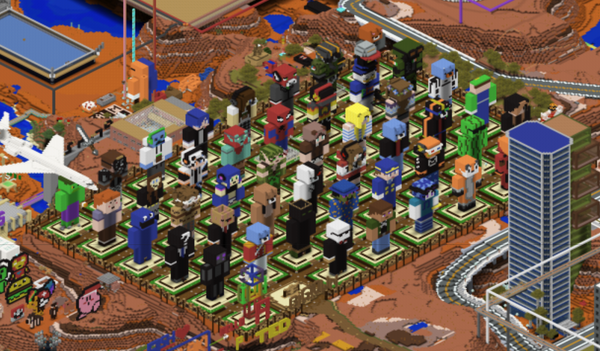 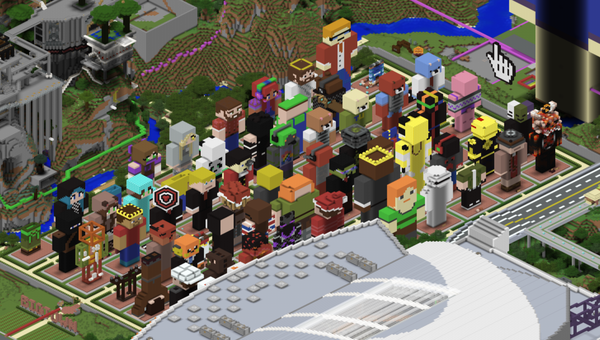 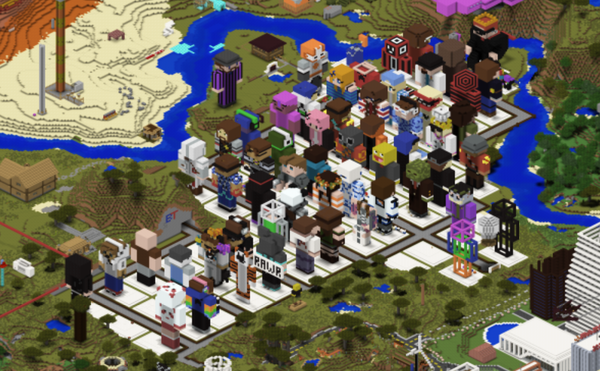 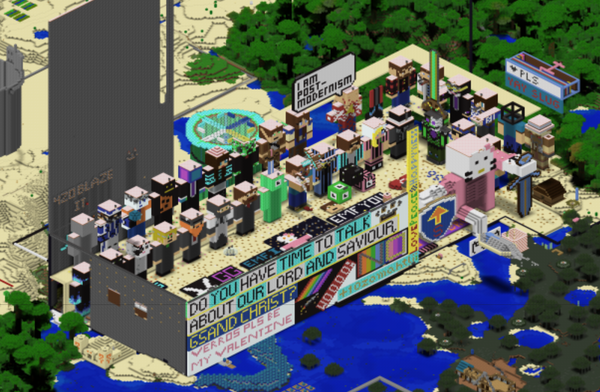 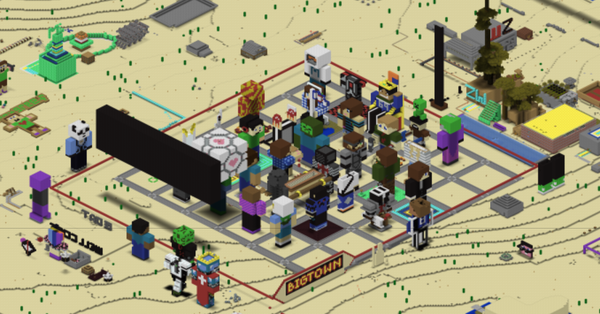 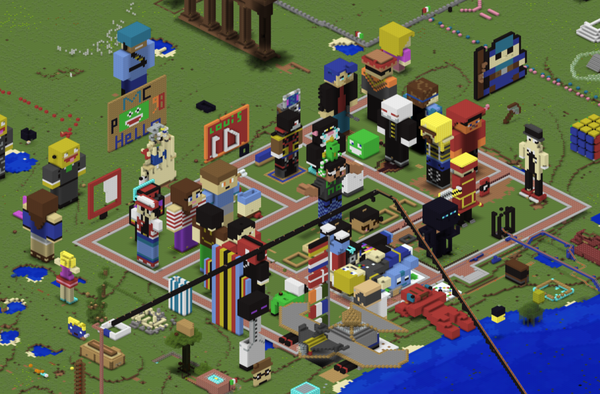 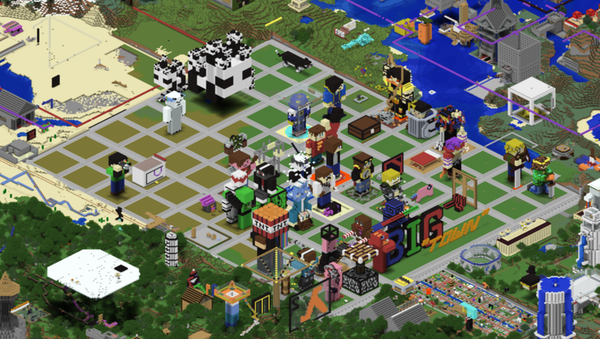 It was founded by LetsBFehr, with the help of marting11.

It was founded by Screechypeach and MaidenGenevive. It was located on the same ice ocean as 8bit. 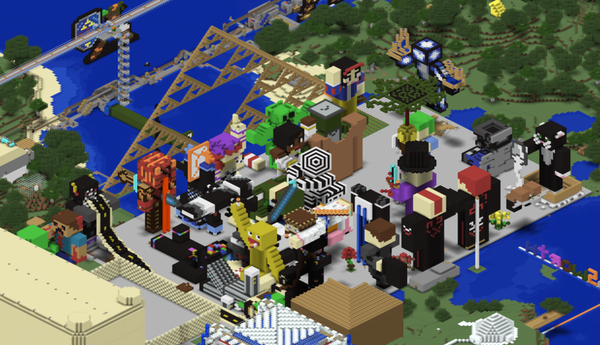 The original BigTown was envisioned and founded by awakenedpotato and the thetrac3r. It had several notable early builders and supporters, such as OJwasGuilty, LadyCailin, and caliFrag.