A statue dedicated to Clucky was found for the first time during Revision 20, known by then as the "Chicken of the Sea". Since then, there have been many statues, monuments and artifacts dedicated to this divine fowl.

Clucky was originally built on a private server. Unbeknownst to everyone, Clucky's original creation was a memorial to a brave chicken who died prematurely. This paved the way for Rev 21's "Museum of Clucky", which told the story of Clucky and His selfless life. Clucky has become a hero, a saviour and a God to many on P, with statues being built of Him in various towns, and his stories have been handed down to the next generation so that his word may live on. 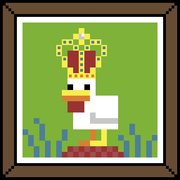 Portrait of Clucky, painted by ieuweh

The Museum of Clucky was built in honor of Clucky, who started his life out like any other chicken (thought it is still unknown what came first, the egg or the chicken). Clucky's best friend was a snowman named Larry. Anywhere Larry went, Clucky was not far behind. Clucky's life was not all that simple though. The land was ravaged by creepers, and one creeper in particular, who was jealous of the wonderful life Clucky lived, made its way inside of Clucky's pen. It waited until Spooker came back from her adventure, ready to ambush at any moment. But before the Creeper could explode Spooker, Clucky heroically dove in front of the creeper, sacrificing himself so Spooker could live. Clucky was reborn as a god. He blesses those who are kind to all chickens and to those who pay their respects. 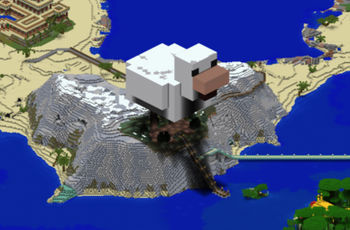 Just as the numbers of followers of Clucky kept increasing Revision after Revision, the statues built in his honor kept growing and reached astonishing altitudes. During the construction of the tallest Clucky monument of Revision 22, one of the most popular offerings/sacrifices performed consisted on climbing to the top of Clucky's head and then jump down, naked, while trying to scream the longest word or sentence possible to the world before death embraced them. 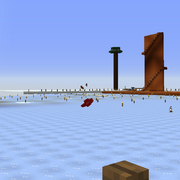 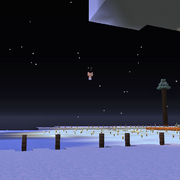 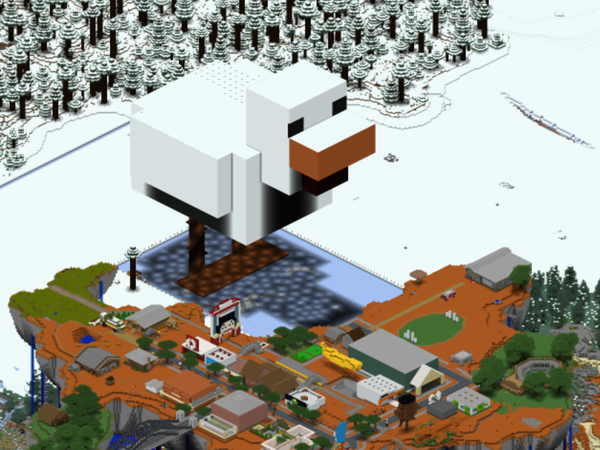