Frick Tower was a truly chaotic monstrosity of an event started by PPGOME during the last three days of Revision 23, when TNT, fire tick, mob damage, lava spread and water spread was enabled, giving players the chance to lay waste to the map. All build and chest protections were removed during the last days of the revision, with the exception of Spawn protections, which is precisely what enticed PPGOME to find a way to break into it and start the enormous task to destroy Spawn by indirect means.

The Birth of Frick Tower

The birth of Frick Tower was elegant and simple. Its construction began by using a simple technique: placing lava buckets, then water buckets on top to transform it into cobblestone. The higher the tower would get, the farther the lava would spread and the hopes that these efforts would be enough to break into Spawn protected claim were high during the first day. 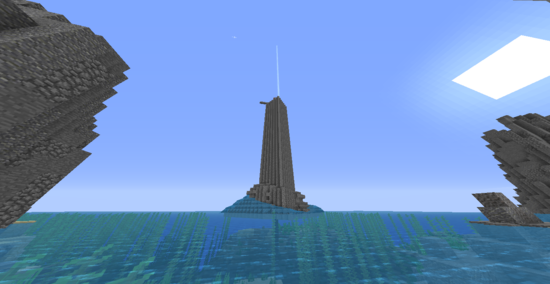 On the evening of the 24th of July, a battle erupted on Frick Tower when Spook6 decided to released five withers on PPGOME and Swgnmtry, which destroyed part of the tower. The destruction didn't end there however, a raid followed shortly after, with dark3lement mining the tower with the intention to blow it up from the inside and a "traitor" slowing down the building efforts by compromising their supplies.

On the night of the 24th of July, torteela, Swgnmtry and PPGOME strengthened their efforts to guard the tower and complete the original plan to "frick up spawn" by laying down over 50 walls of pure cobblestone, which was enough to deter the persistent wither attacks lead by Spook6. A mayor goal was reached that night: lava started entering the Spawn claim (76 blocks in) and one of Spawn boats started burning.

On the morning of 26th of July, Frick Tower engulfed Spawn in its flames. There were no survivors. 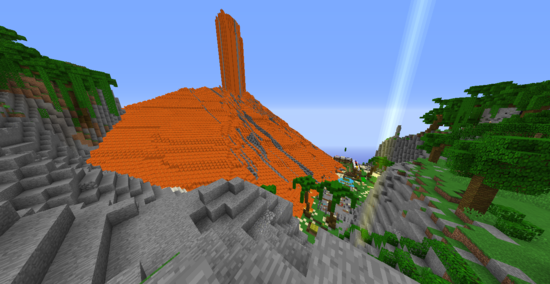