Christmas Town was born during Revision 21 when kitty9293 suggested PPGOME and ieuweh move their build (originally a giant xmas tree with presents) to a bigger, more amicable area outside of Tabula Rasa, and since then it has become a staple project for the Colorata group. This revision it grew more ambitious, with multiple colossal builds (like the Dollhouse and Xmas Tree), and had a new theme: Summer Christmas, in honor of their Australian friends. 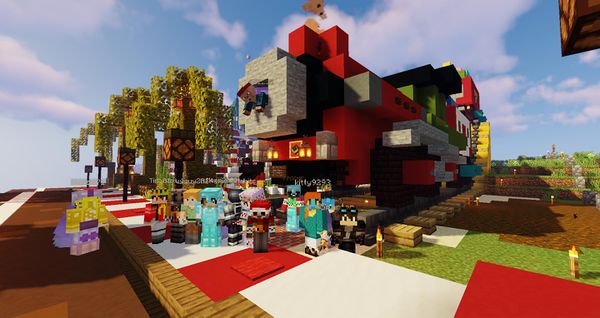 ❄ Merry Christmas from all of us! ❄

Games, Shops and other town builds

As usual, Christmas Town was a community project, this time lead by kitty9293, and planned by ieuweh, kitty9293 and PPGOME, in collaboration with many Pico's members who contributed to the project with their own builds and donations.

The Secret Santa sign-ups were organized by kitty9293 following this schedule: 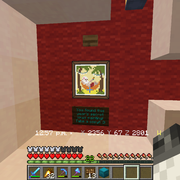 Befana's Christmas map hunt had its third edition during this Revision, this time with new additions. Sadly, ieuweh wasn't able to finish all the maps she had planned on time for the event, so only one was hidden (inside the giant sunbathing Santa, by twisting one of his nipples).

Here are the six summer paintings originally planned for this year's event: 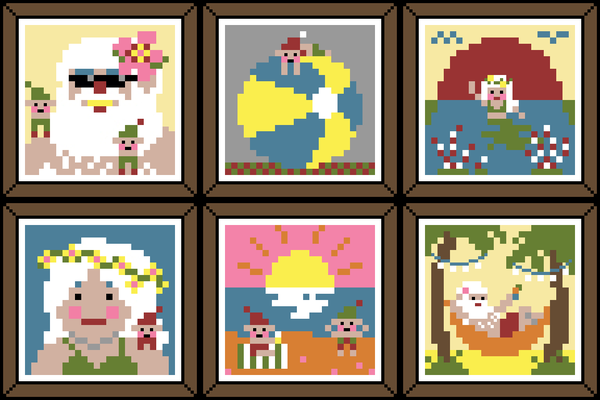 During a discord chat, ieuweh, kitty9293 and PPGOME came up with the idea to create a xmas town inspired by the south hemisphere. This way, Santa could go to the beach and enjoy the sun while drinking some cocktails in between delivering all his gifts! ieuweh quickly drew the image that would become the moodboard for the town.