Tabula Rasa was founded by Zead (who is now known as Hinterlandz).

Tabula Rasa (inspired by a Latin phrase often translated as "blank slate" in English) aimed to be a town easily accessible by new players to provide support to everyone. Located west of Spawn, it tried to be a 'babies first town' before players headed out into the map to begin long term projects elsewhere. It was founded on September 2017 by Zead as an attempt to find new people to play with after a break. Due to its nature as a Spawn city, Tabula wasn't heavily planned and it had no theme.

Christmas Town was born when kitty9293 suggested PPGOME and ieuweh move their build to a bigger, more amicable area. 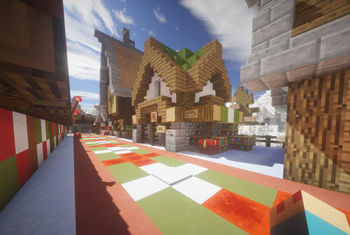 The PvE Olympics town consisted of five arenas (the Main Stadium, the Swimming pool, the PvP arena, the Spleef arena and the Run the Gauntlet arena), a Hotel (courtesy of England), various statues in honor of Tabula's members, gardens and fountains. Inside the Main Stadium you could find the Hall of Fame and shops set up by various players and towns (such as Venice, The Capitol, Pico, Moonshine Bay and Pumpkinopolis). 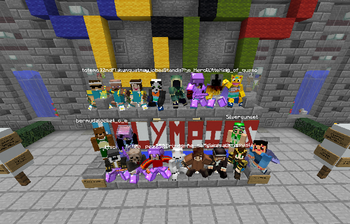 Tabula News was the local newspaper created by cat4laugh (he also run the Cookie Delivery service). The first editions were printed by him, with the following ones being written by ieuweh, the town's reporter. The newspaper documented server events, town news, new local services and obituaries. Some excerpts:

"La Serena is now docked at Tabula Rasa’s South Docks. She was built two years ago in Mitzland, a new town ruled by the kind SirMittenz. Her contents, which included treasures from Rev18, were lost during an arson in Diamandis. The local Mayor decided to immolate himself inside Town Hall, allowing the fire to spread and destroy the surrounding builds, including La Serena. She is in Tabula to be restored and preserve the stories and sailing adventures embedded in her. The ship is now open for visits everyday!" —16th Dec 2017

“Alexandrine, the beautiful black horse nurtured by promaxxe, has recently passed away. A sneaky creeper rudely blew up in the vicinity, costing Alexandrine’s life. A service in his memory will be held at the local cemetery.” —7th Jan 2018

Spook6 built this monument in honor of Clucky. It contains a 'Clucky's Blessing' inside. 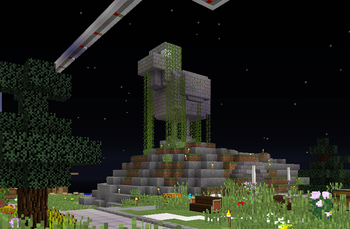 As an effort to develop stronger diplomatic ties with other cities and towns, Pico set up a program to establish embassies around the server. The one in Tabula was built by schererererer and can be found near the christmas tree and reeds farm (-288, -5). 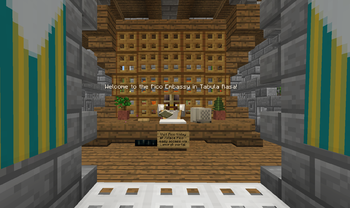 Built by ThunderKracker on top of Mount Rasa. 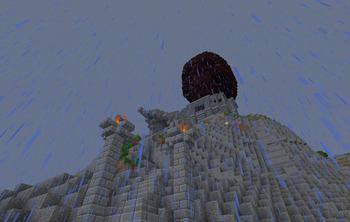