Ieuweh joined the server for the first time at the end of Revision 16, where she built a small house and the adjacent animal sanctuary and potions store, but only became an active member of the community during Revision 21.

Tulio loves carrots and everything pink, so it is no surprise that his biggest dream is to one day find a pink carrot. He met ieuweh during Revision 21.

Ieuweh built a Little Pink House for Tulio using magenta terracota, birch and purpur blocks at the secret Rose suburbs, Thorn, founded by ttsci. Tulio was in great company and lead a very placid lifestyle near the lake. During the Olympics he competed in the pig race and lost, but nothing stopped his fans from buying banners with his face and leaving lovely messages in his fan club guestbook. The peaceful times wouldn't last forever though. With the Zombie Apocalypse around the corner, Tulio had to be rescued and found sanctuary in Pico thanks to kumquatmay and Spook6. He was then hosted by kumquatmay while the bunker was under construction, and became close friends with Babby and Long Neck Doggo. A few weeks later the bunker was finished and the decoration of their nursery room started. It was also there that, to the delight of everyone, the first pink carrot in the world was displayed! It was bravely obtained during the chaos of the Apocalypse by kumquamay, who heard about Tulio's dream and knew she could help do something about it.

By the end of last Revision, ieuweh joined Pico and lost sight of Tulio during their intergalactic travel. Now settled in a new planet, all searches returned empty-handed until 32ndFlava came across a lonely but very curious pig that could very well be Tulio. Kumquatmay, after observing some very strange behavior (from levitating, to refusing carrots and favoring green over pink things), quickly shared her concern that this "Tulio" could be an impostor. Ieuweh suggested another hypothesis in that he might have been simply infected with alien bacteria, and so he was moved to quarantine. A few days later, a pink package containing a map was delivered by Trotters Inc Express Mail to ieuweh's door. The sender's name was smudged and so a quest to solve this mystery started. 32ndFlava, ttsci, kumquatmay, totemo and ieuweh decided to go investigate this lead, which took them on a long journey around the map, following letter after letter. All of them signed by Tulio himself! Some excerpts:

It was soon discovered that the "Tulio" in quarantine was Tulio's evil twin, Julio. And Tulio, the real Tulio, was found safe and sound inside a pink tent located South of Pico, near a lake very similar to Thorn from last rev.

By the end of Revision 22, Tulio and Sno Pepper were moved to Tulio's Life Pod to prepare for their trip back to Earth, and Julio remained inside his cell. It is unknown if he managed to escape and create his pig army, or finish his laser gun weapon to destroy Pico.

Tulio's Life Pod made the trip back to Earth safely, but it got lost in the middle of the ocean. Luckily, ieuweh and kumquatmay came across an old sailor that was selling freshly caught corals and unique information in exchange of tropical fish. He revealed that during one of his sailing trips across the warm oceans, he caught a glimpse of a white, egg-shaped capsule slightly submerged in dark green shallow waters. This helped both kumquat and ieu to pinpoint the pod's location. Unfortunately, as soon as they arrived they noticed that Tulio was alone. Sno Pepper had left to look for kumquat while Tulio stayed behind to deliver the message. The alarm was immediately set off, and 32ndFlava, ttsci, kumquatmay, Tulio and ieuweh quickly embarked on a rescue mission that led them to an ice biome, where Sno Pepper was found inside a pink tent in the company of Long Neck Doggo.

By the end of Revision 23, kitty9293 moved Tulio into a bunker underneath Pico, to keep him safe during Chaos. Despite all the rumors, no signs of Julio were ever found. 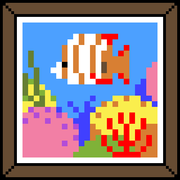 Example of a painting from the Map Art Store

La Serena was built in Mitzland, a viking town founded on an icy coast by the very kind Sir_Mittenz, with the intent of creating a safer way to travel. Using a combination of woods (oak logs and planks, spruce planks and jungle logs), La Serena was a lot sturdier than ieuweh's previous little oak boat, so much so that this allowed ieuweh to work as a merchant, trading mostly books, potions and ice blocks during the following months.

After creating six paintings for the rev21's Christmas Town treasure hunt, ieuweh opened up a small shop at the Tabula's Promenade, welcoming the community to commission custom maps from her. Located west of Spawn (-394x -71z), it has now expanded its previous two floors to three to be able to accommodate 28 paintings in the gallery.

The Art School was built in Venice during Revision 21, at -144x, 2422z. On the first floor you will find the administrative services and art library, followed by the ceramics and printmaking workshops on the second floor, sculpture on the third and finally painting and live drawing on the last floor. 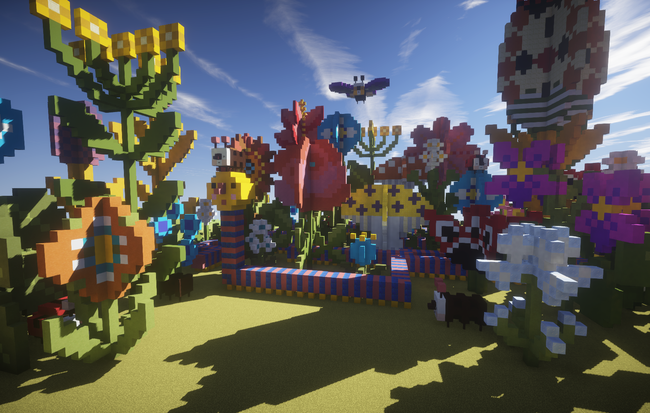 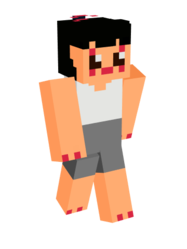 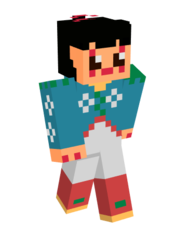 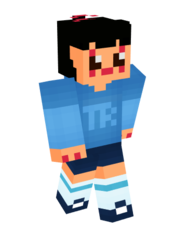 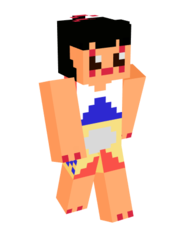 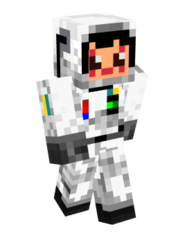 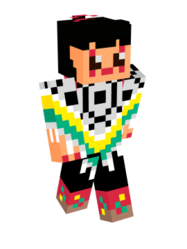