From MC Public Wiki
Jump to: navigation, search
"Think of it as a PvE UN."
―Zuziza on the UMC

The United Minecraft Cities is a supranational organization first built in the eighth revision of PvE, formed as a way of settling disputes between cities. Its complex is usually located near spawn and contains most city necessities.

Originally founded near the end of the 7th revision with a planned building in Argoth Hold, time constraints ultimately forced the build to revision 8, where the UMC buildings resided in their own campus just north of spawn.

The embassy as seen from a distant derp tower.

The embassy building is the main feature of the UMC, hosting a number of embassies from cities across the map, along with indepedents. It also hosts a 30m by 30m map room decorated by lapis, wool, diamond blocks, and plenty of shrubs and grass. It can be found at 150, -50. 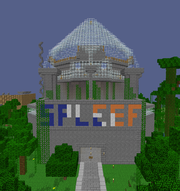 The main spleef building, which host most fields.

The main building hosts a 1v1, Fisa-approved 3v3, and sometime in the future a 5v5 arena. A cylindrical pit between the embassy and the other fields is the entrance to the underground death spleef.

The PvP island from the north side of the island.

Zuziza's PvP island is located just SE of the Spleef fields and has a medium-sized field complete with lava, a king-of-the-hill set-up, and archer's arrowslit. 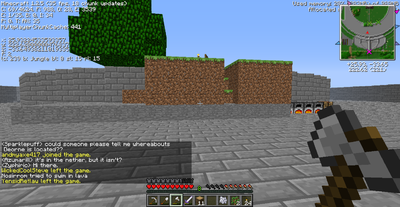 What the ring above the hotel looks like on in the inside. 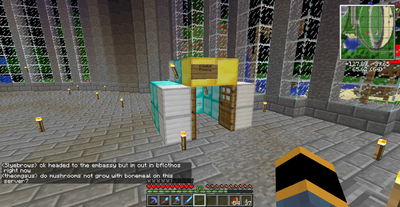 Embassies should strive to represent their regions. 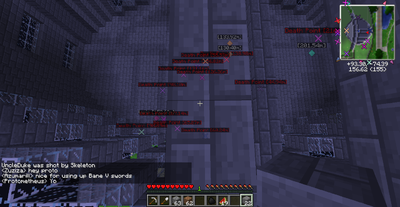 Zburdsal is very clumsy and falls a lot.

The Library in its early construction. 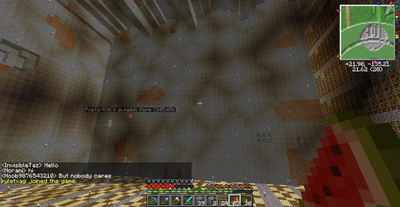 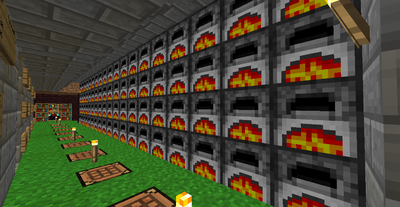 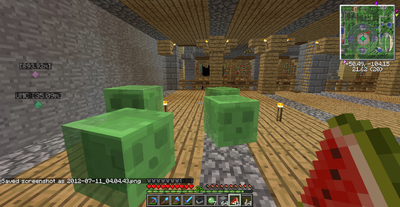 The Library also functions as a slime grinder.
Retrieved from "https://wiki.nerd.nu/index.php?title=UMC&oldid=23785"
Categories: