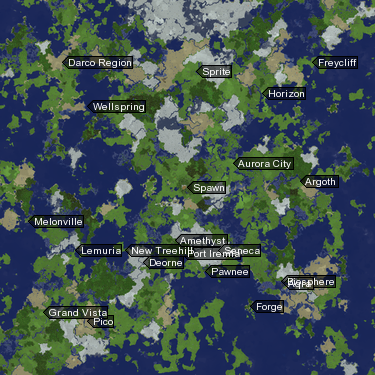 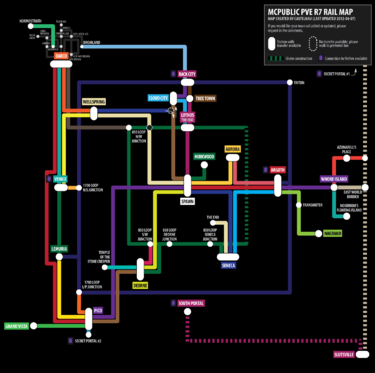 Here is beautiful cinematic rendition of a variety of towns and locations in Revision 7 created by Castelnau.

The Spawn had a Nether portal which allowed for access to portals 1800 blocks out North, South, East and West.

Roads stretched out in various directions from Spawn, such as the South Road below. A large amount of player-made infrastructure was abundant throughout the world as well.

Spawn contained a public CARTS System which connected to many notable major cities.

Boats were banned during Revision 7 to avoid exploitation.