From MC Public Wiki
Jump to: navigation, search
"Our plan is to go back to basics. We’re going to become a mean, lean, block simulating machine."
—WickedCoolSteve announcing the new revision 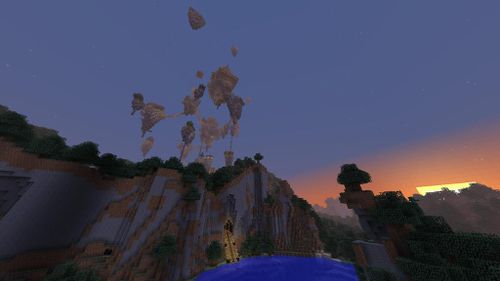 With the goal of improving server stability, the map this revision is 100% vanilla, generated using the new large biomes option. At least initially, the map is significantly smaller as well, measuring 4000×4000 blocks. Upon release it was suggested that the map may eventually expand mid-revision to 6000×6000 blocks, matching the size of previous revisions, this never happened.

Due to an excessive number of passive mobs in personal farms, all drops from shearing or killing passive mobs are plumped in an effort to combat lag.[1]

In addition, there is a scale model of the map with many major landmarks at (175, -20) (note: underground).

Many (but not all) PvE players like to work together on large collaborative projects, often taking the form of cities and towns. Some cities are reincarnations from previous revisions; others are brand-new. Many have their own subreddits as well to aid collaboration.

If your settlement is missing, add it! (Click the e in the upper-left.)

Most cities have rail stations (complete with CARTS computers), featuring direct underground links to other cities and to spawn.

Please add the coordinates for the Nether/End portals as you find them!

The Nether can be accessed from spawn's portal - Follow the scenic route down from spawn! There are additional pre-built portals at the coordinates below. Players cannot create their own portals.

Every Minecraft map has three strongholds, each with an End portal that can be activated. Rev 9's portals:

There is a trade hut on a floating island next to the spawn nether portal. Unfortunately, attempts to stock the hut were thwarted by the villainous Dr. Sign[2]. The shipments have since been discovered scattered around the map.