Founded at the start of PvE 8 by Ooer, Oops-Upon-Cliff aims to be a tudor themed castle mountain retreat.

So far over 150,000 stone has been mined out from it's core to supply enough for the walls in only five days!

Ashwater, Ooer's first major build was found on rev 3 at the co ords -2000, -300, almost the inverse of Oops-Upon-Cliff. Ashwater construction began on 20th May 2011, almost exactly a year before Oops-Upon-Cliff. 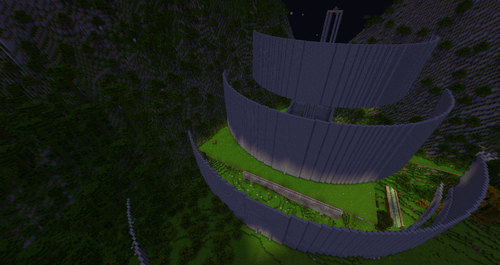 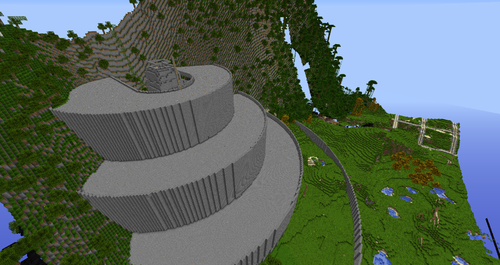 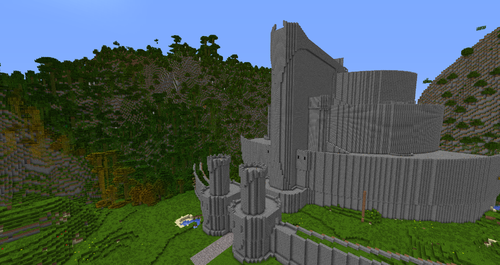