The Überproject is a collaborative megastructure that seeks to raise the bar of what can be done in survival smp.

The centerpiece of this Überproject is an approximately 401x401 pyramid of sandstone stairs and rises to the maximum sky limit height of 256. The structure is so big that even when flying around with elytra, chunks unloaded too fast to get a good screenshot of the whole pyramid. The interior included impressive designs such an extravagant giant scarab wall, great halls, temple chambers and ominous tombs. The Entrance Arch to the Great Pyramid was designed and constructed by mattgorecki. Its total height is approximately 50 blocks. 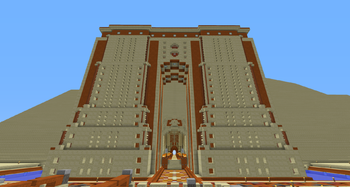 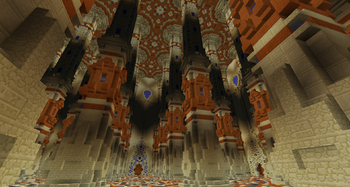 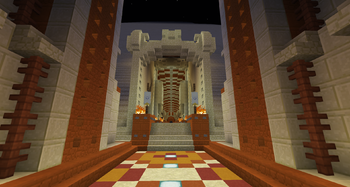 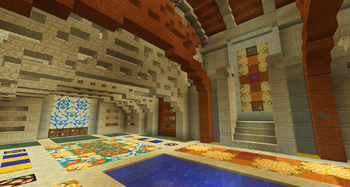 The first Überproject was inspired by the halls of Moria and such works as Dome5. This project brought the server together to create something incredible. For directions, please see a rail map of the server, accessible via the PvE Atlas. Near the dig site are public farms including wheat and tree farms. There are direct lines from New Argoth, Lothos, and Nowhere. The nearest portal is at Nowhere. 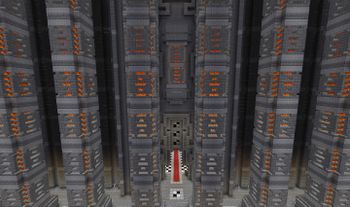 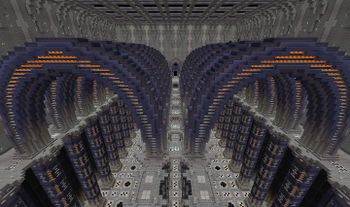 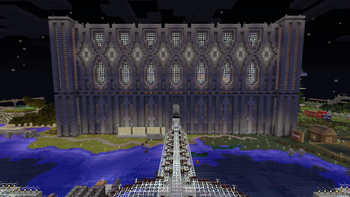 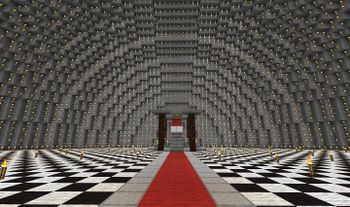 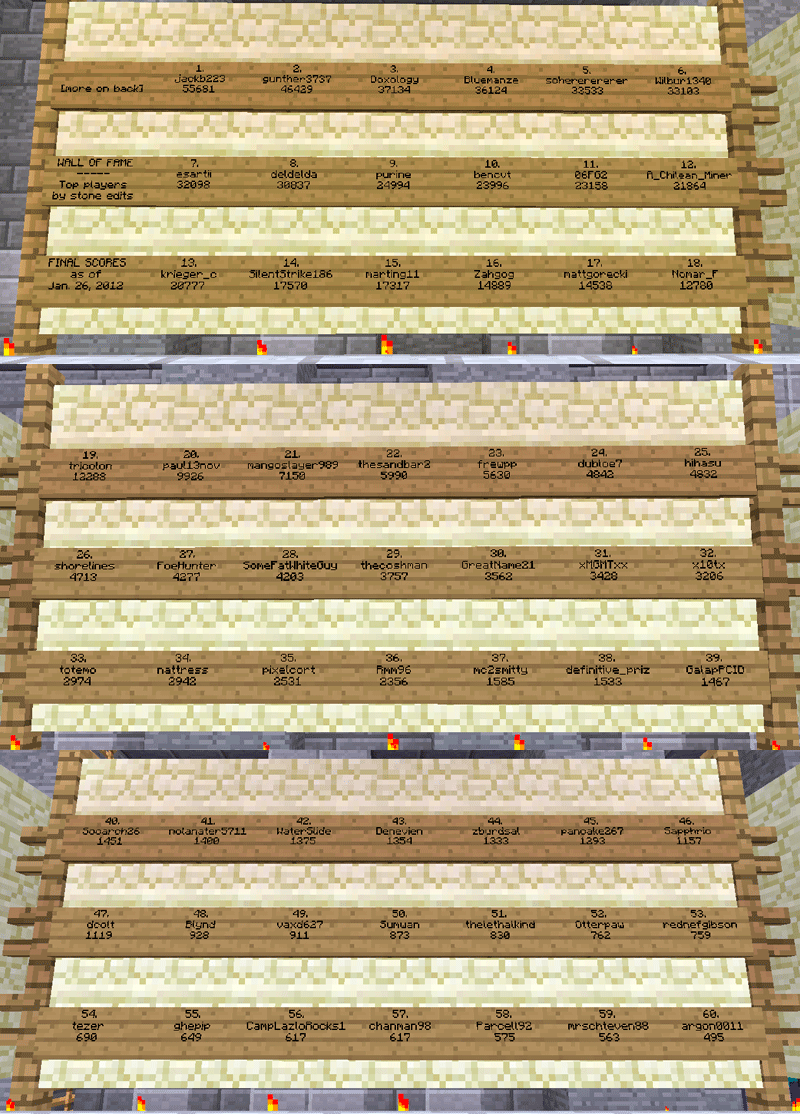